Voyage to the Orient 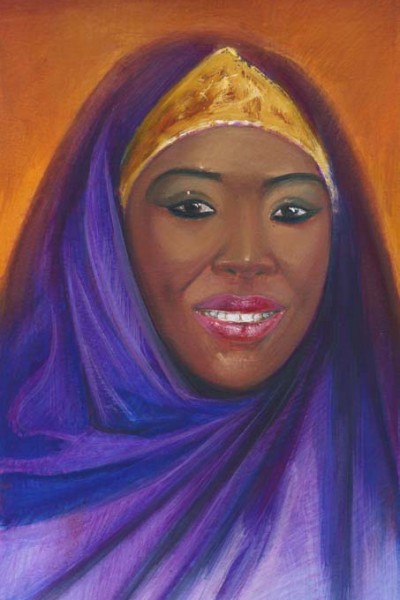 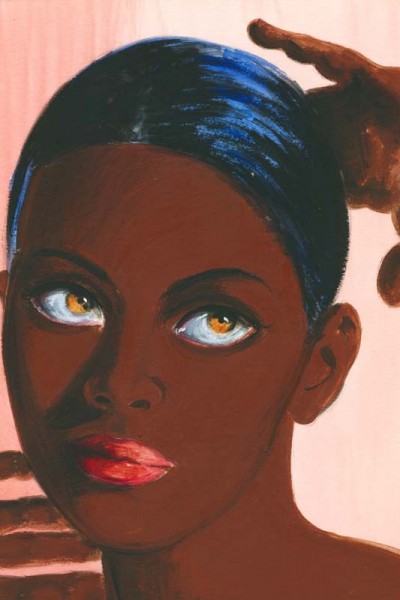 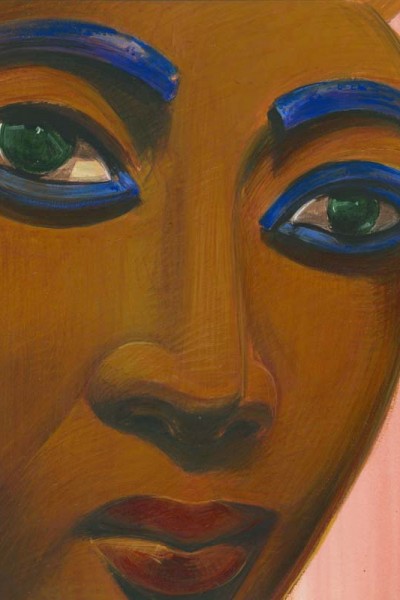 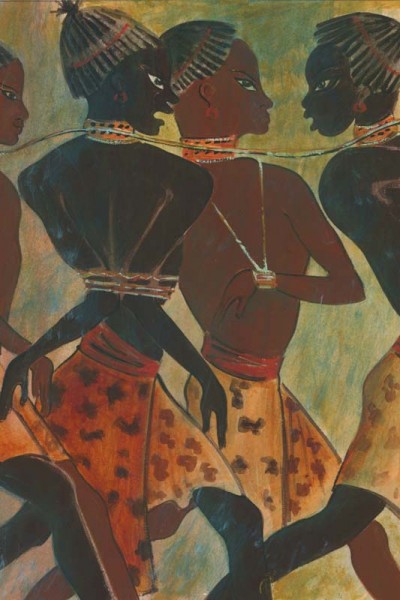 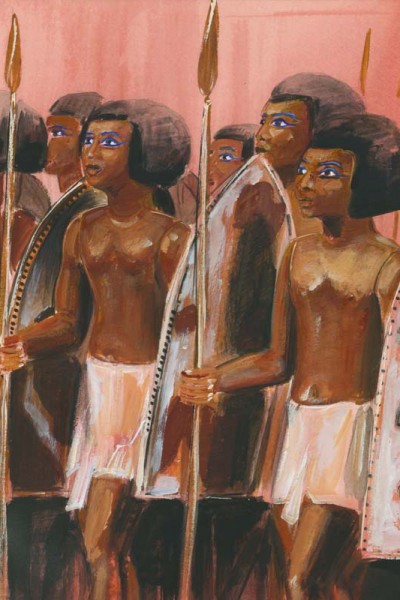 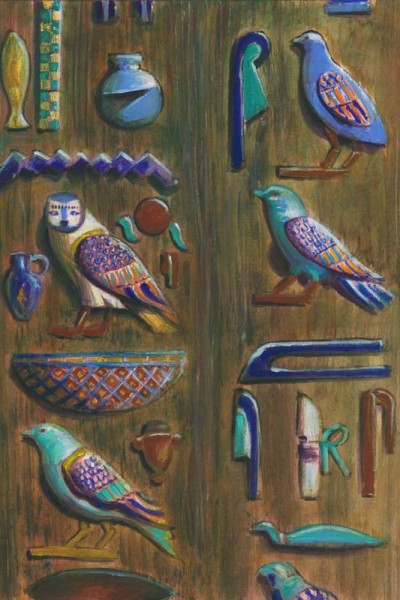 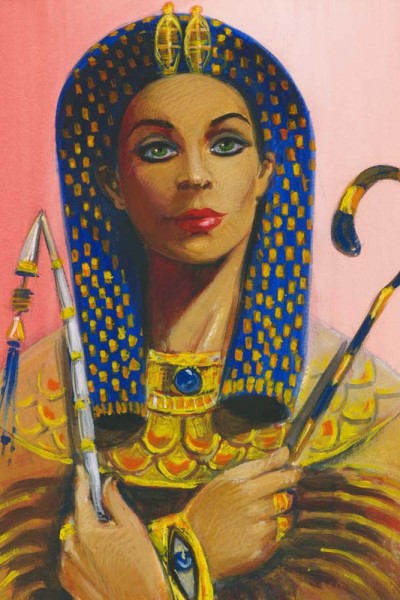 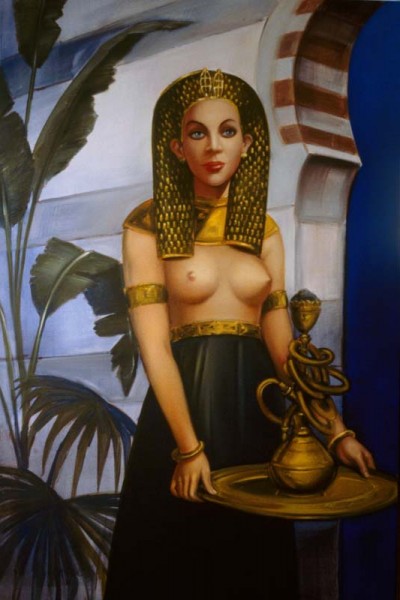 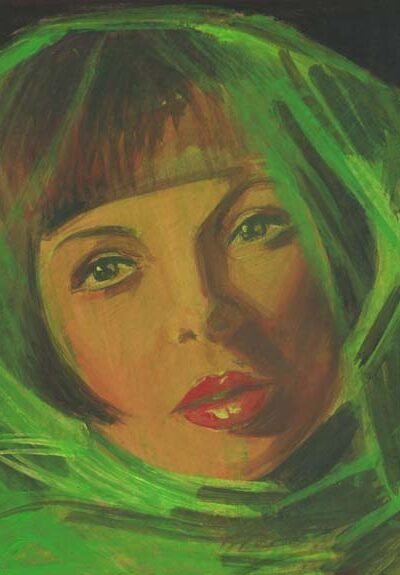 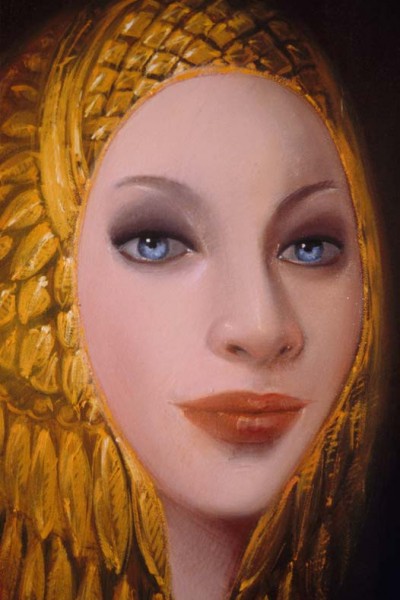 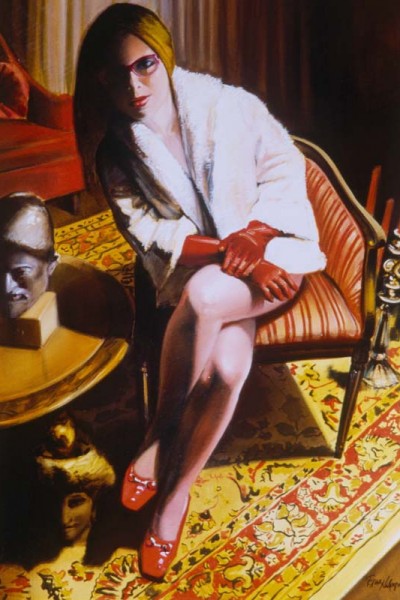 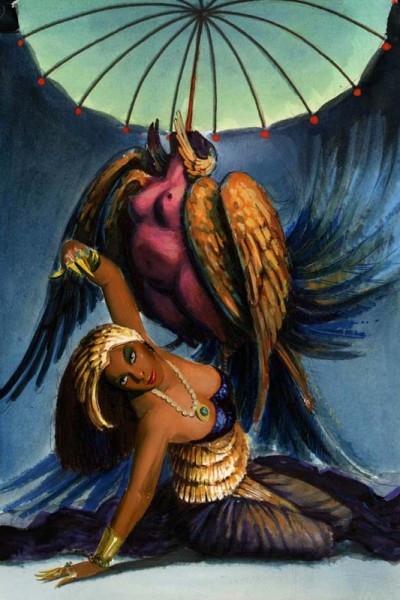 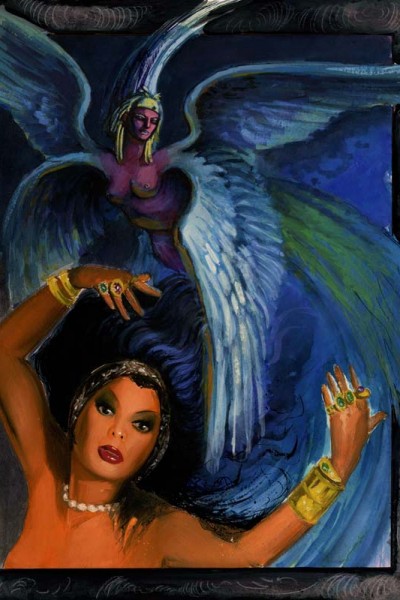 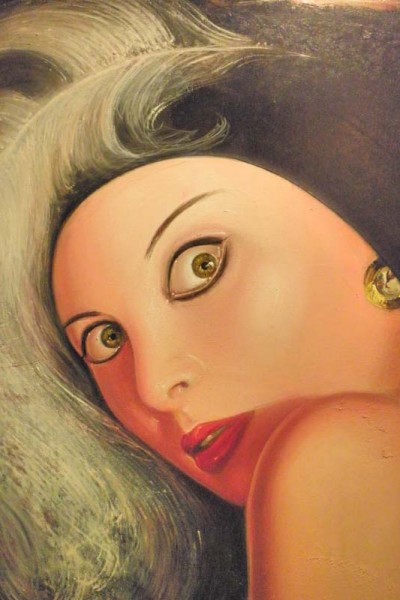 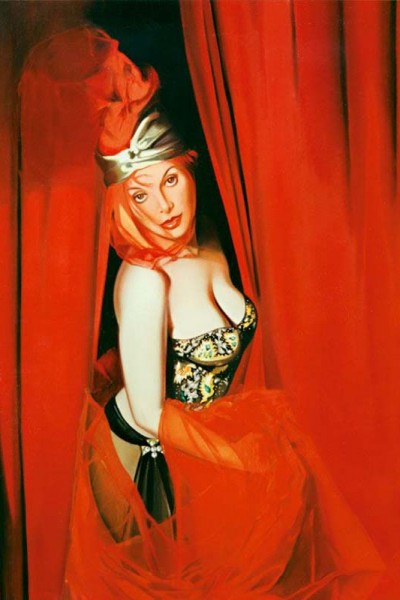 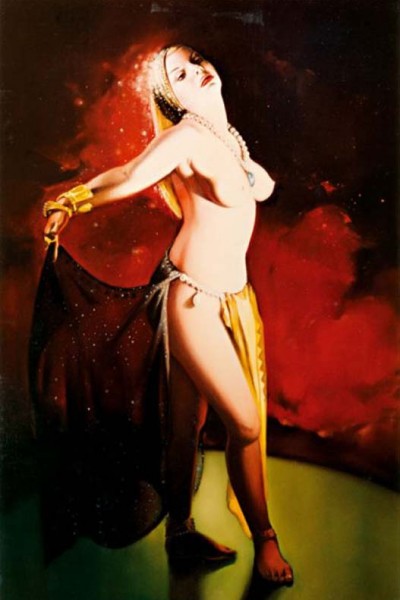 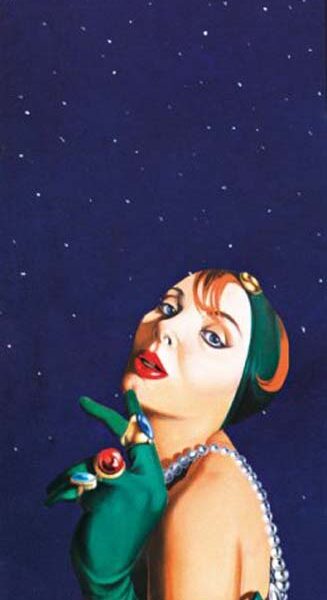 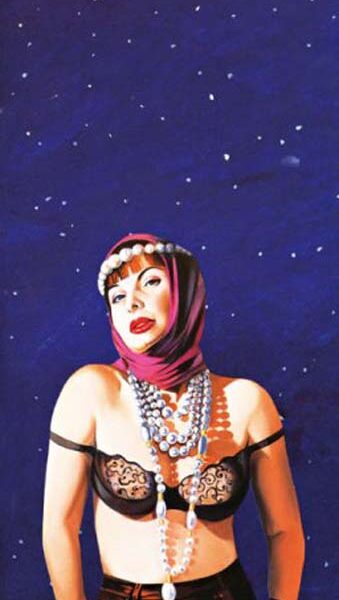 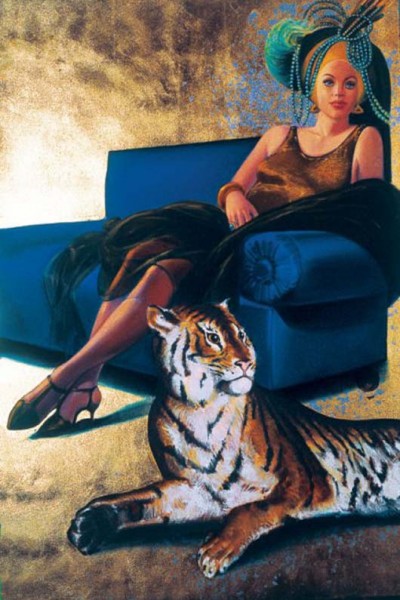 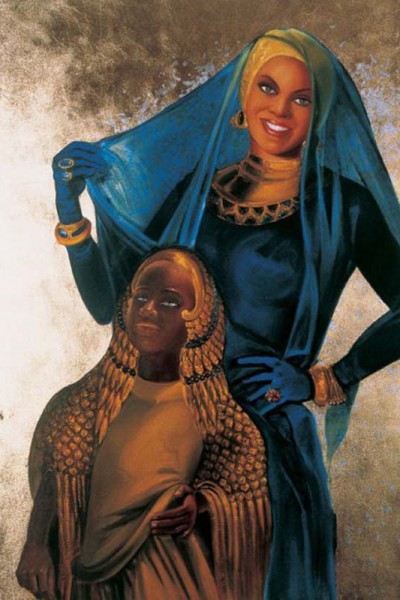 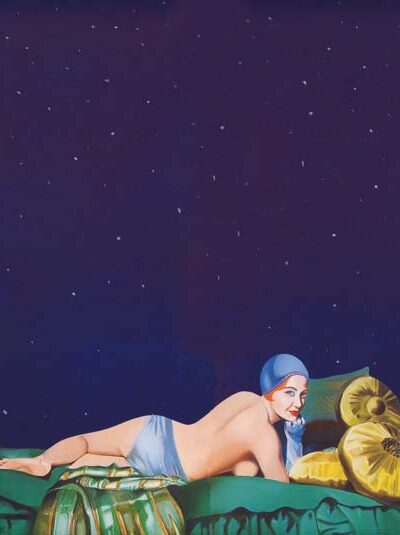 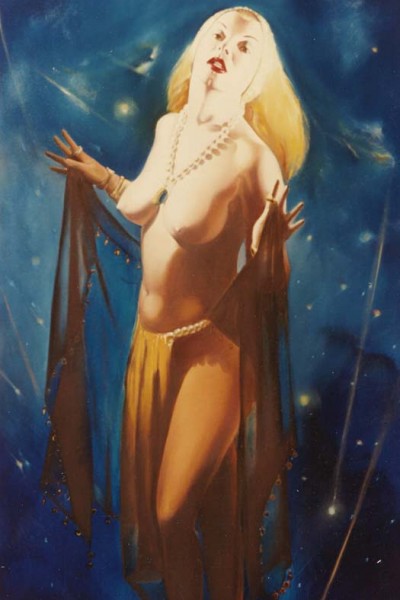 “The Temptations of Elena Navrozidou”

In the story of Snow White, when the old crone / evil stepmother / wicked witch hands the heroine the deadly apple, we all know (but «who the hell ever told us?») this:
t he redder the apple, the more violent the death.

I ask you again: «Who the hell told us?» Oh, no one told us, we knew it ourselves all along. «Tens upon thousands of centuries had taught us.» Art may be a journey from savagery to our own savagery; t o the depths, to the soft core of this savagery.

Never forget that our flame comes from a contradiction: This futile life is a burden heavier than our eternal death. Our ruin lies in the fact that this impending death bears heavy, in turn, on our desires, our hues, our covert or overt appetites. We droop to the earth like grapes that cannot abide their own sweetness. «We cannot trick our desires.»

Pictures of our contemporaries scattered among those who came before us – staking a claim for our assumptions, assumptions about one more lost year, about yet another wanting writhe among sensations and notions in a garden of contemplation, in the gardens of mouths triggered open by the hunger for flesh; and vice versa. Until the veil falls – and we are left with nothing but temptation.

(Those who know of such things say that myrrh only gives off the deepest essence of its scent into the bodies of the dead, when it mixes with death, when it anoints everything we have lost – when it is m o r t a l i s e d.

I regard Navrozidou’s painting works as heavy, anointed loneliness of the flesh, a hidden jewel of a consciousness saturated with urges – unable to defend the order of any memory it recalls. She is the offspring of the great post-modern mire – i.e. aestheticism – but, thankfully for her, she has viewed her intellectual origins as a boat rather than as a shore. For me, this is the crucial point of her story: she has fought long (much longer than it seems) to escape the ease of splashing around somewhere between the safety of baroque or the safety of kitsch. She had the colours, the line, the composition themes; she could have allowed herself to fatally nest in the muck of handed-down silverware. However, she also had the ambition/arrogance/pride/self-absorption to not be content with just that. She chose to pull herself up from the tattered, dying petals, from the embalmed figures lurking in the sidelines, from the aura of deathliness that sometimes caresses our face like a breeze, across graves that smell like gardens. This decision / this predication is her art.

«Drops were still dripping on the silk of the last hall.» Navrozidou passes through aestheticism – but not English aestheticism (i.e. Ruskin and Pether) that gave birth to the Pre-Raphaelites. Her roots are incurably French: Flaubert, Gaultier, Nerval, Baudelaire, Pierre-Louis, Wilde circa Salome (perhaps the most haemophiliac Frenchman). Her entire world consists of the hallucinatory darkness of a paraphrased text that ends in bodies and desires (it is worth noting how she visualises Roidis’ Visit). Remember: «Prime stallions have nurtured us.»

Navrozidou is (one might say, at depth), a director. She has always sought something more than just to paint on a canvas – she has been looking for a world where she can support her temptations (or her murk). She has drawn comics, she has depicted romantic demons, she has recollected artifacts from graves, she has created sculptured works. If possible, she would concoct scents and sounds, she would seal ancient drinks in bottles: definitely a beautiful temptation (that of Anthony or anyone else): an arousing Grave.

I have kissed thy mouth, Iokanaan – wails Salome/Wilde. There’s a pretty meeting: the severed head of the loved one.

We look at images to satisfy a range of needs. Among them – one of them – is hunger. Another one is beauty. A third one is pre-mortem serenity, a daydream of Paradise. Another need is Temptation itself.

The artist distinguishes nine (often contemporaneous) sections in her work to date. For me, the artistic adventure of Navrozidou is divided in two: what existed before the Rooms and the Rooms. The first era was a preparation for the second.

Ludmilla’s Room / Against a Red background / Creative Moments of a Past Time / Haeteras’ Dialogues / Souvenir from Thessaloniki. The need for a personal mythology that spans two decades. Navrozidou’s tools: Flaubert and a half-molten mirror. Materials: Image worship at full throttle, body worship, fearlessness when faced with kitsch. Lips, flesh, thighs, sweat, veils. Sweating arousal. Laboured breathing. Navrozidou knocks on the door of the Sepulchre. «Where the best known dyeworks used to bloom, they are now selling children.»

( the deathliness that humanizes is what she misses.)

From beginning to end, always the same faces. Instead of growing old, they become embalmed. At the core of Navrazidou’s universe there is a long-standing self-portrait. She is more than narcissistic: she struggles to tear her life apart through her art – and to dedicate the entire encounter to her mythical gods. Her egocentric world (a lesson taught by the great figures who directed themselves – from Gauguin onwards) is justified since her art is not a re-enactment, similar to changing a dress, but a mythological study of her own idol – through the half-molten mirror. «Loads of eucalyptus die in the palms of our pulses.»

Navrozidou is a child of France – however, in the times before the Rooms, nobody had guided her more than Lewis Carroll. In the hallucinatory world of Alice, in the exchange of senses for memories, Navrozidou found a point of view for her involvement with her subject matter. She then pounced upon Flaubert because she loved the delightful, wet flesh he presupposes (for this exact same reason she wasn’t taken in by Poe – his women are fleshless mirages, shadows adorned in white, transparent ghosts). Navrozidou depicted Ludmilla (as an ancient punk), the Temptation of St. Anthony and the Spring Night (as baroque), Aida, the Souvenir form Thessaloniki (as an invocation of haunting incarnated ghosts-touches). «The sick ram currently housed in the Metropolitan Church will be replaced by a constantly fornicating woman.»

That is when Navrozidou reached the doorstep of the Rooms.

They washed her locks and curls with honey. In the isolated river cultures, the Grave was a crypt for awaiting bodies. Navrozidou sought it out and found it. In the crypt she embalmed moments of coiled passion dipped in the two most human brews: eros and thanatos.

It is as if Navrozidou has spent her entire lifetime adorning herself for these four final (to date) projects: Egyptian Room, Byzantine Room, Baroque Room, Desecrators. Four graves at the price of one, intermingled, overlapping, like open mouths of the black earth, devouring each other.

On entering the Rooms, Navrozidou considers her colours to be the blood of a monster she is stuggling to free. She is led in by bodily fluids – blood, sweat, scents and banes. She then shuts the door behind her – thankfully, she seals it well, so that no priest may follow, no preacher with promises of salvation, Paradise or any such nonsense. When it is all over, the bodies lie in the crypt – coiled in their memories, flesh full of blood in death, bodies full of love juices, writhing in sexual ecstasy.

The Rooms are a Hellenistic affair (perhaps this is why there is a hint of Cavafy in their background): a blend of time that ends in the grave. Navrozidou started out as a painter but ended up as a gravestone carver.

So, is there life in death? The Rooms by Elena Navrozidou are a sepulchral quest for passion that unfurls before us. «We are still holding spools made of milk and hope.»

Ever since we were children, we have tried to lure an octopus to shallow waters. Using a string of seashells, we tried to bring the octopus in. We looked, enchanted, through the mask – at a monster, so close, so much our own. We were playing. At some point, we realised we were no longer in shallow waters, we couldn’t reach the seabed: the octopus had pulled us out, to the depths.

(That is where temptation lies: where something pulls one to the depths.)

The horrific tale is not over. In Egypt, Navrozidou found the right (for her) era – in a close encounter of the third kind, where we meet the future we have been nostalgic for. Such a future is the Egyptian Room. Something like a reverse resurrection: the gold leaf was smeared with deathliness – it was humanized.

The rowing was rubescent. The Byzantine Room ¬– greedy, as all things Byzantine. Made from deep French-Byzantine blood. Porphyra as a jewel of the flesh. In the mouths of kings, under their tongues, one might think, small stilettos dipped in terrible poison lie ready in waiting.

The Desecrators are angels of this Grave; made of milk and hope.

Oh, so imagine her, now, this Snow White, smashing her coffin. At once, she finds the bitten apple. She knows (with no devil having whispered it into her ear, during her eternal slumber): the sweeter the apple, the deadlier the worm it hides. The redder the apple, the deeper the death it offers. «Three hundred dwarfs circled our sacred ancient mystery.»

Now that’s a temptation; like octopi pulling us into the deep.